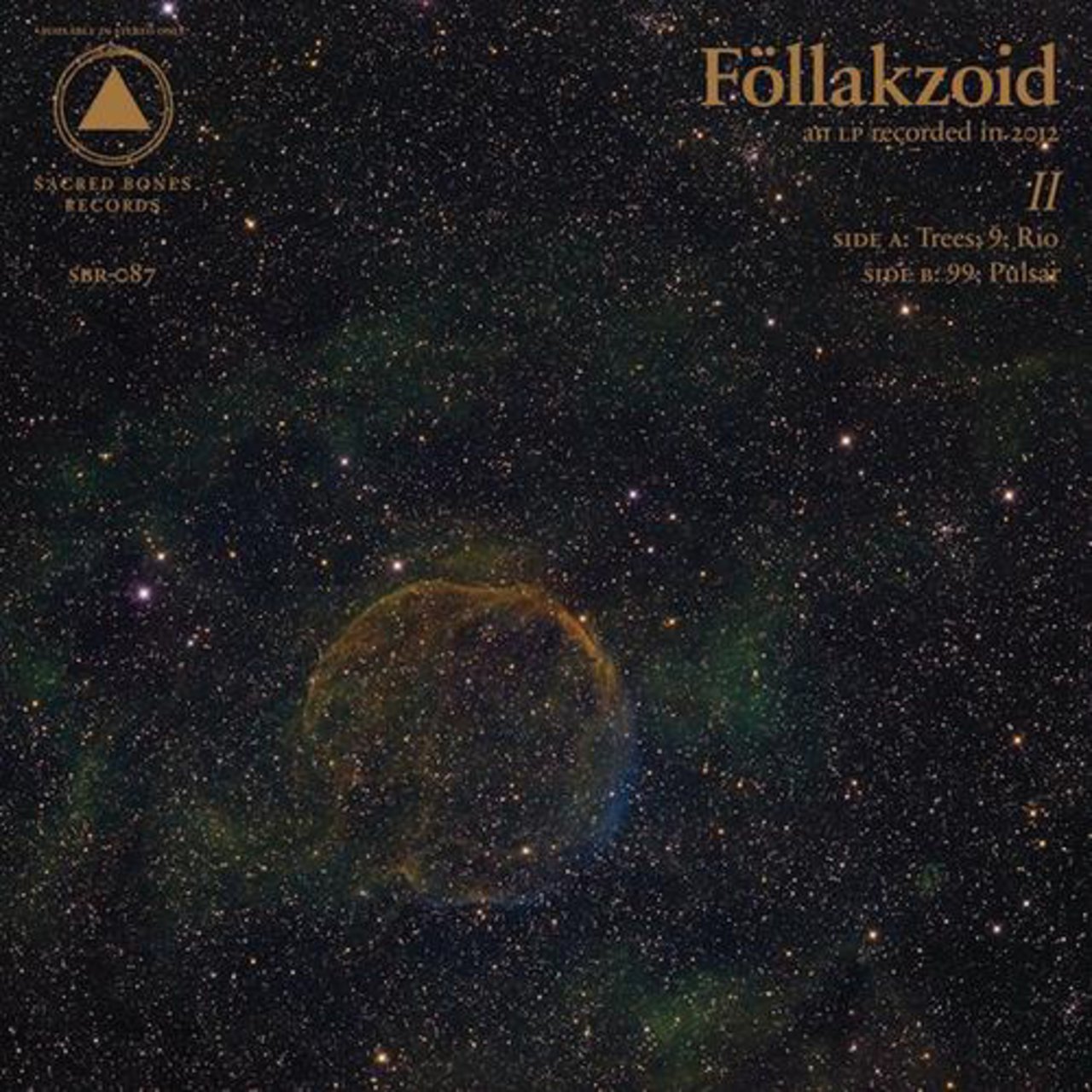 Föllakzoid began in Santiago, Chile from what they describe as the result of, “a product of a trance experience between friends, sort of a soul abduction in which they’ve been living since 2008.” The band is made up of multi-faceted artists: Juan Pablo (bass, vocals) is a producer of the Sangre Fresca Music Festival in Santiago, Diego (drums) is a photograher, Alfredo (synth) is an architect, and Domingo (guitar) is also a filmmaker who just premiered his first feature length movie “Partir to Live”. They believe that there is some sort of gravitational force that makes South America able to dialogue directly with other places, times, and dimensions. The band have all known each other from childhood in Santiago. They take their times recording albums, generally allowing two years in between perfecting their songs with their goal being to make something organic, that breaths on it’s own, which integrates into part of a separate, higher and bigger living organism.

This album shows the band growing an enormous amount as songwriters, focusing on more developed songs and structures. Throughout these five songs, Föllakzoid craft one of the finest kraut-rock record in years. Let them take you on a serpentine journey through their mystical Chilean land.